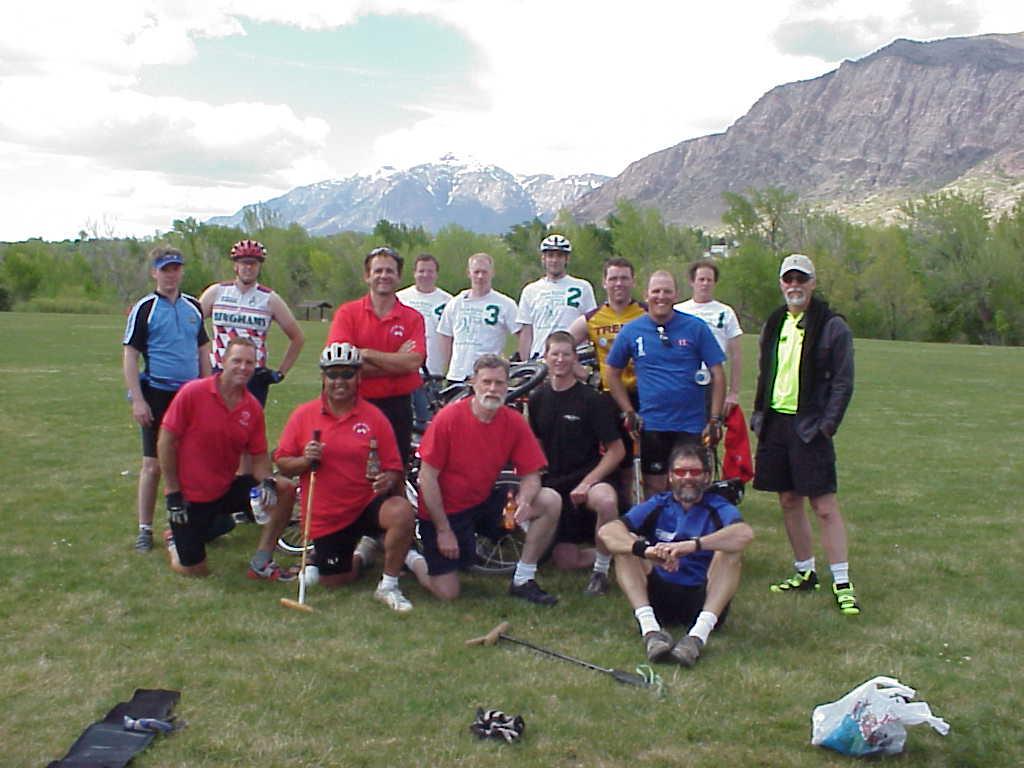 The Bicycle Polo Association of America and the American Bicycle Polo Association teamed up to stage the 2002 tryouts  for the U.S. team for the Fifth International Bicycle Polo Championships,  to be held June 25-30 in Paris, France. Players from Denver, San Diego, Salt  Lake City, and Washington State flew or drove in for three days of great polo, with the Canadian national team providing strong opposition for the American prospects to test their mettle. The event was scheduled to coincide with the International Police Mountain Bike Association conference, in hopes of recruiting some new players. Unfortunately, the weather was cool and windy  on Friday, and rainy early Saturday morning, so only four new recruits turned  out for the scheduled workshops. On the bright side, the weather cleared up around 10:00 Saturday morning, and a great time was had by all for the rest of that day and on Sunday morning.

Above all, the event provided an opportunity for players from different areas to meet and get to know one another. In particular, the five players from Salt Lake City had never played outside their club, but it was great to have the opportunity to practice with them and introduce them to the international rules. They were considerably younger than most of the veteran players present, and gave us all a glimpse of the future of the sport (the rest of us look forward to playing in seniors' events).

Special thanks to John Hupp, who arrived early and was instrumental in setting up the field; and to Dennis McQuerry, who came down from Washington despite an injured wrist and took on the thankless task of umpiring virtually all of the sessions.