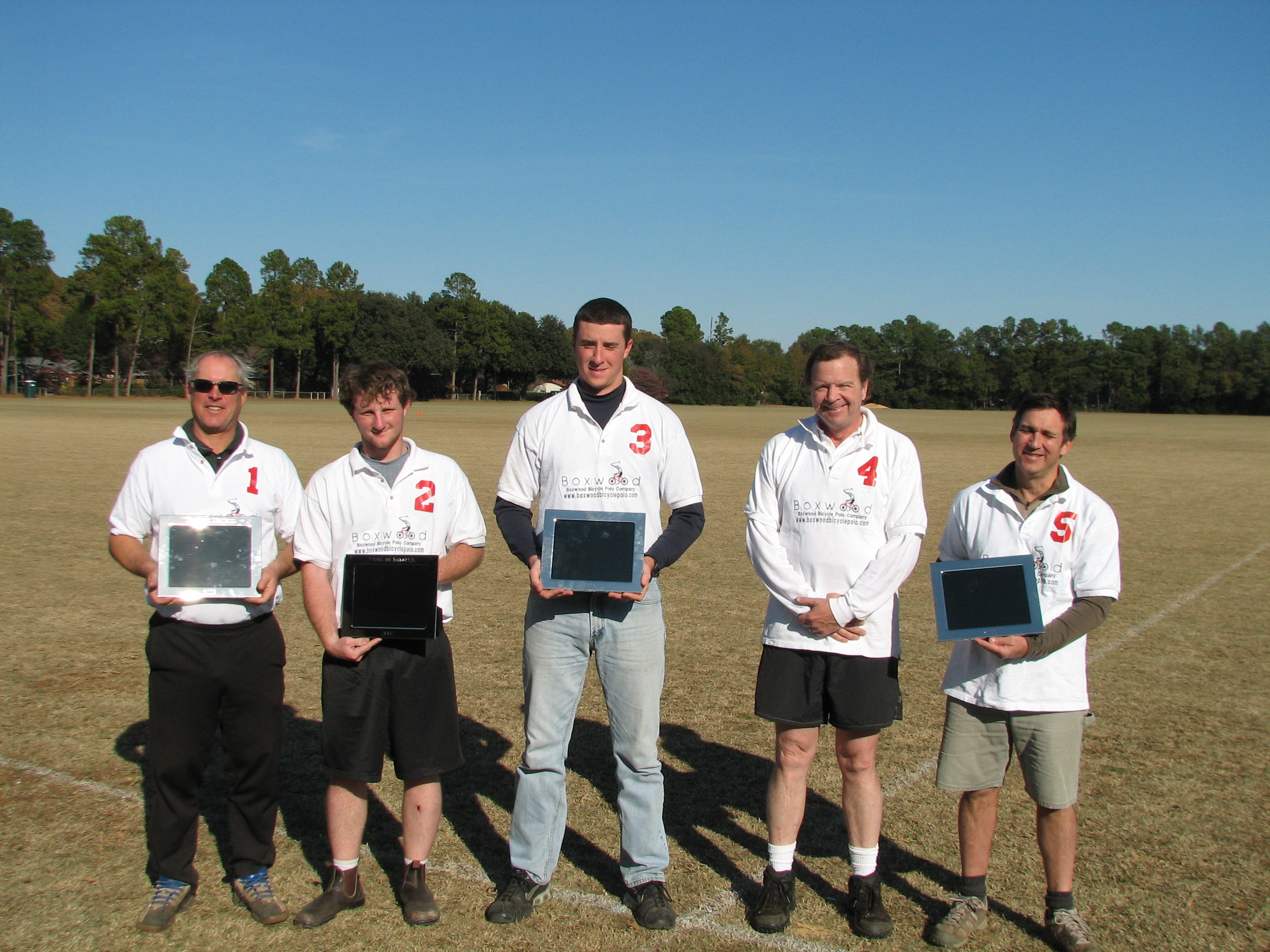 Aiken gained a small measure of revenge for the previous year's 8-3 drubbing at the hands of Unionville, edging the defending champions 7-6 in 2008's deciding game. The victory was somewhat diminished by the absence of Unionville's starting backfield, Crosby Wood and Norrie Wright, but Unionville put up a great fight even without them. Four teams were entered in the event, down one from the previous year's five with the absence of Baltimore. With new clubs starting up in Chattanooga, Tenn. and Greenville, S.C., the turnout in 2009 should be even better.
Play began on Saturday, November 22 with Unionville taking on Aiken Prep, a game that turned out closer than anticipated. Unionville got off to a fast start in the first half, jumping out to a 5-0 lead on goals by three goals by Kevin Thompson and one each by Matt Dickens and Craig Danks. Matt McGhee got Aiken Prep on the scoreboard with a penalty conversion, but Eric Zandotti and Thompson answered to give Unionville a 7-1 lead at the half. Aiken Prep came back strong after intermission, with goals by Andy O'Byrne and Taylor Freeman cutting Unionville's lead to four before Dickens scored what was to be Unionville's last goal. McGhee converted another penalty, and William Matheson added a pair of goals from the field, but time ran out on Aiken Prep's comeback with the score 8-6.
Next up were Aiken and Asheville, and Aiken came away with a convincing 12-1 victory on four goals apiece by Seth Kopald and Mit Carothers, and two each from Eric Schmidt and Zak Smith. Asheville's goal was scored by Matt Barnao, the only member of their team who did not play in the previous year's tournament. Asheville was hampered by the absence of their leading scorer in 2007, Dan Timmerman, who returned to Ithaca, NY to run a bike shop.
Aiken then took on Aiken Prep, and notched another impressive win by a score of 13-2. Kopald and Smith led the way with four goals apiece, while Carothers added three and Schmidt two. McGhee tallied both goals for Aiken Prep. Next on the schedule was the battle of the "Villes," as Unionville took on Asheville. Unionville again took an early lead on a pair of goals by Thompson, but Barnao answered for Asheville to make the score 2-1. Zandotti and Danks scored for Unionville, but each goal was matched by one from Hugh Moran for Asheville, making the score 4-3. Thompson added two more goals before half-time, giving Unionville a three-goal lead. Asheville came out firing in the second half, tying the score on two goals by Moran and one by Randy Roland. Dickens regained the lead for Unionville, but Moran notched the equalizer soon thereafter. Thompson put Unionville out front again, but Drew Heedy got Asheville even with his first goal of the day before Danks tallied the game-winner just before time expired. Aiken and Unionville thus finished Saturday's play with 2-0 records, while Asheville and Aiken Prep were 0-2.

The bronze-medal game between Asheville and Aiken Prep opened Sunday's action, and Asheville came away with a convincing 12-3 victory on five goals by Moran, four by Heedy, two by Roland, and one by Barnao. In the gold-medal game, Unionville got off to their customary fast start, grabbing a 2-0 lead on goals by Thompson and Zandotti before Kopald got Aiken on the scoreboard. Goals by Chad Twigg and Danks gave Unionville a 4-1 lead at half-time, and things looked bleak for the host team. Schmidt replaced Carothers at the #1 position to start the second half, and while he did not score, his presence seemed to give the team a lift, as Smith scored the first two goals to pull Aiken within one at 4-3. A goal by Thompson slowed Aiken's momentum, but only temporarily, as goals by Smith, Kopald, and Bill Matheson gave them their first lead of the game. Kopald and Thompson traded goals late in the game, but Aiken held on for the 7-6 victory. 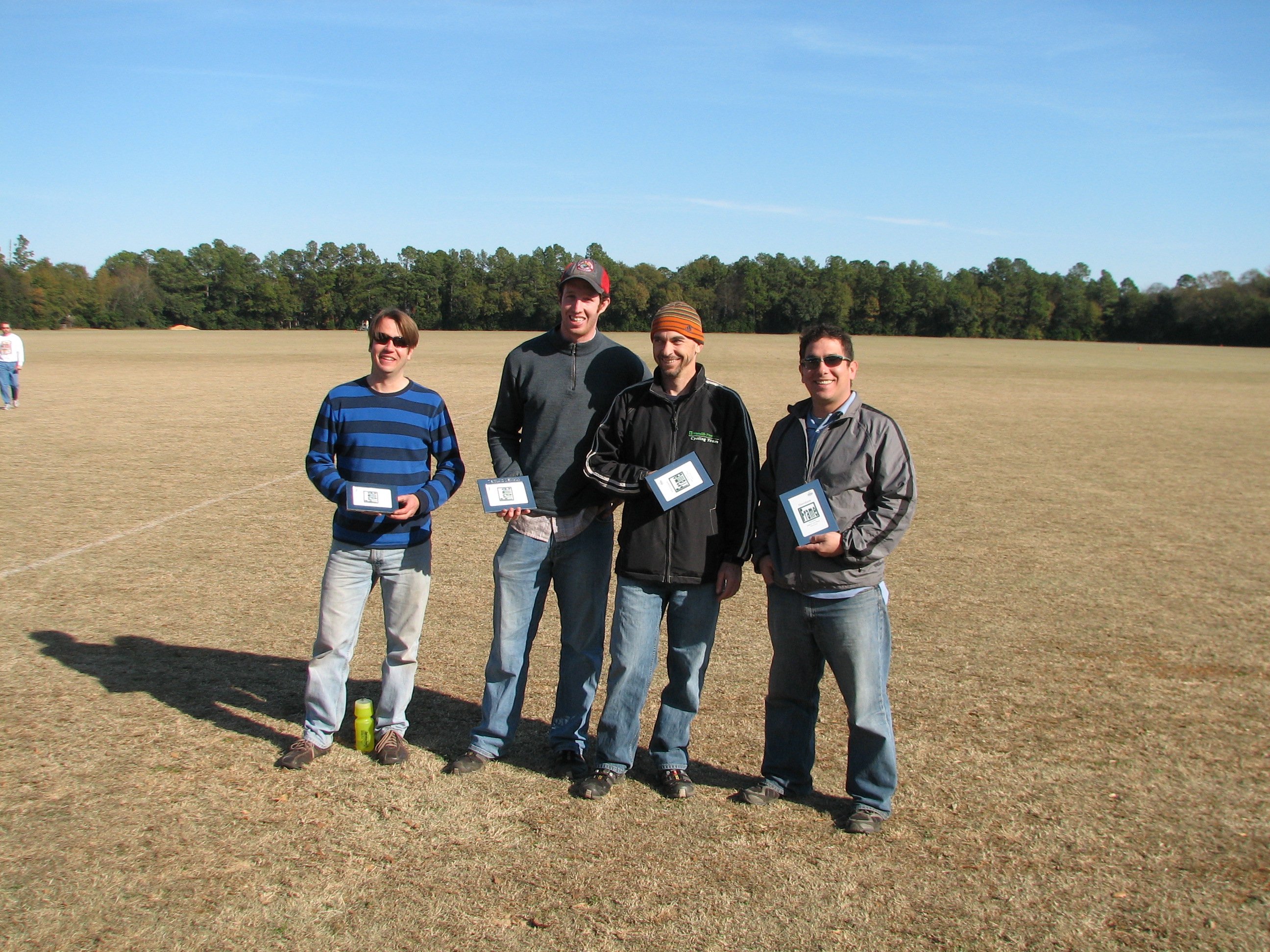 Past Winners of the Wendland Memorial: